When you press the stop button – or even the emergency stop button – on a control panel, you’d expect things to stop, wouldn’t you? This was true even in the 1960s, but what happened in reality could be somewhat different. And the cause was the dreaded sticky contactors. 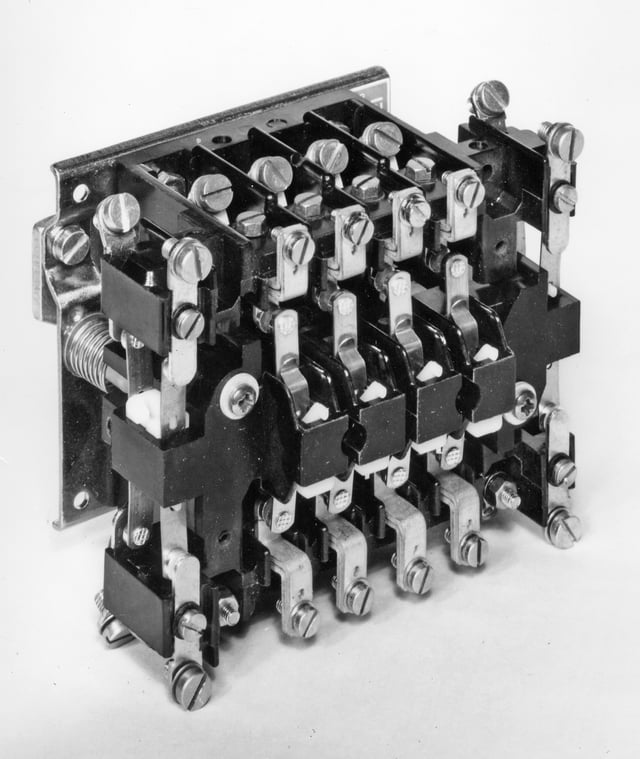 Our engineers had specified that the pole faces in our latest range of contactors should be ground with a water-based abrasive compound. The buying department, who knew that oil-based abrasives were much cheaper, had other ideas, and ordered the oil-based compound. At first, it looked as if they’d got away with this substitution and saved the company a significant amount of money.

Unfortunately, however, during the grinding of the pole faces, oil from the abrasive compound worked its way into the laminations. When the contactors were new, this wasn’t a problem, so they passed all production tests with flying colours. But when they’d been in service for a while, the oil worked its way out of the laminations to form a sticky goo. Eventually, the contactors just didn't drop out!

As far as I know, there was no product recall of the type we’d have today, but we did have to travel all over the country to replace the dodgy devices. As an apprentice and, therefore, a siteworker’s lackey, I was very much involved with this.

I clearly remember replacing dozens of these defective contactors in a power station ash-handling plant where, as an added incentive to get a move on, we did the work while the panel was live! The contactors were energised sequentially one by one, and the challenge was to replace the one you were working on before its turn in the sequence came up.

I certainly came away unscathed from this live working and, as far as I know, no one was injured as a result of the contactor episode, but the potential for disaster doesn't bear thinking about.